You are now leaving Petroteq Energy’s website and are going to a website that is not operated by the company.

Petroteq Energy is not responsible for the content of linked third party websites. We are not an agent for these third parties nor do we endorse or guarantee their products or services. We make no representation or warranty regarding the accuracy of the information contained in the linked sites. We suggest that you always verify the information obtained from linked websites before acting upon this information. Also, please be aware that the security and privacy policies on these sites may be different than Petroteq Energy policies, so please read third party privacy and security policies closely.

Do you wish to proceed?

WHY UTAH?
THE STATE HOLDS OVER 32 BILLION BARRELS OF UNDEVELOPED OIL SANDS RESOURCES.

Oil sands, or tar sands as they are often referred to, are a type of unconventional petroleum deposit. The sands known as "oil-wet" deposits in Utah contain a mixture of sand and a dense, extremely viscous form of petroleum technically referred to as bitumen or tar. There are many other deposits of oil sands throughout the world, most notably in Venezuela and Canada, where they are known as "water-wet" deposits because they're typically found deep in the earth, mixed in with water, sand and clay in a semi-solid natural deposit. Although several of America's western/southern states have oil sands deposits, Utah contains approximately 55% of the nation's total deposits, concentrated in eight major deposit areas with a total resource of over 30 billion barrels of oil. (Source: US DOE). 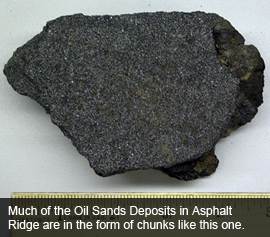 Utah's Bureau of Land Management oversees all matters pertaining to mineral resource and oil and gas development, covering over 22.9 million acres of land throughout the state. In the Vernal area, BLM's jurisdiction covers over 5,500,000 acres. A limited amount of oil sands production occurred in the late 1970s and early 1980s, but inefficient technologies and extremely low oil prices brought much of these operations to a halt. Recently, though, the U.S. interest in increasing domestic energy sources has intensified technological advances such as Petroteq's Liquid Extraction System, prices have increased dramatically and the occurrences of significant new reserves of conventional crude oil have become extremely rare. The focus is now on developing U.S. oil sands deposits, with Utah's Oil Sands as a major potential source of domestic energy. 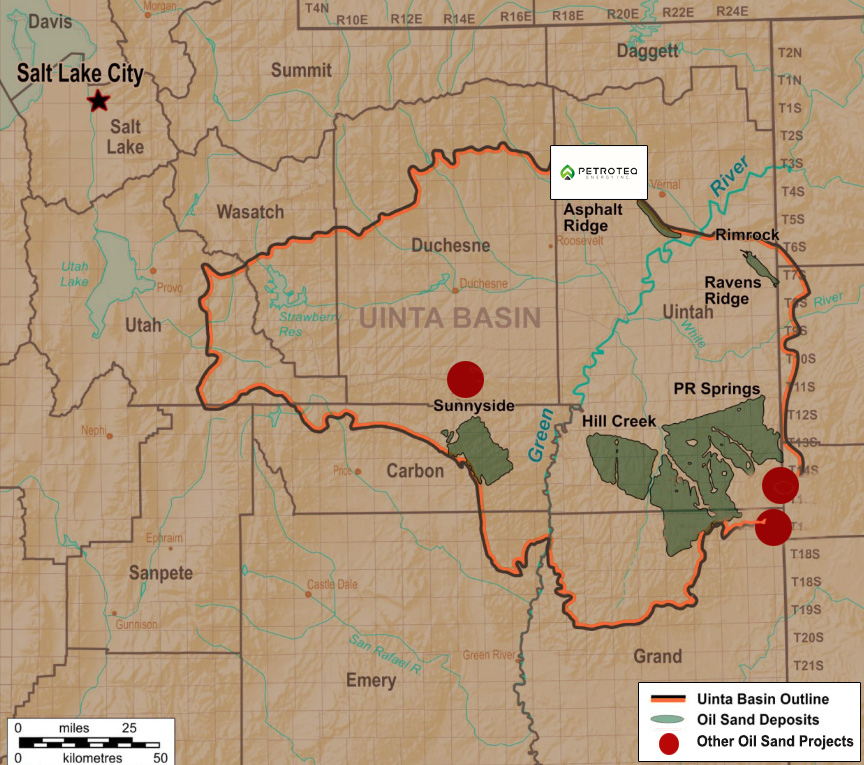 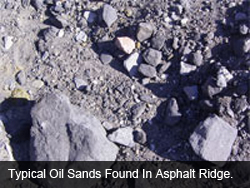 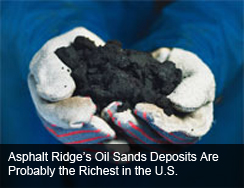 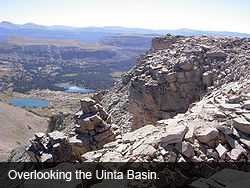 The two outcrops contain the richest areas of the measured field.  Richness varies from 100 to more than 300 barrels per acre-foot.  The net pay ranges from 35 to 50 feet. 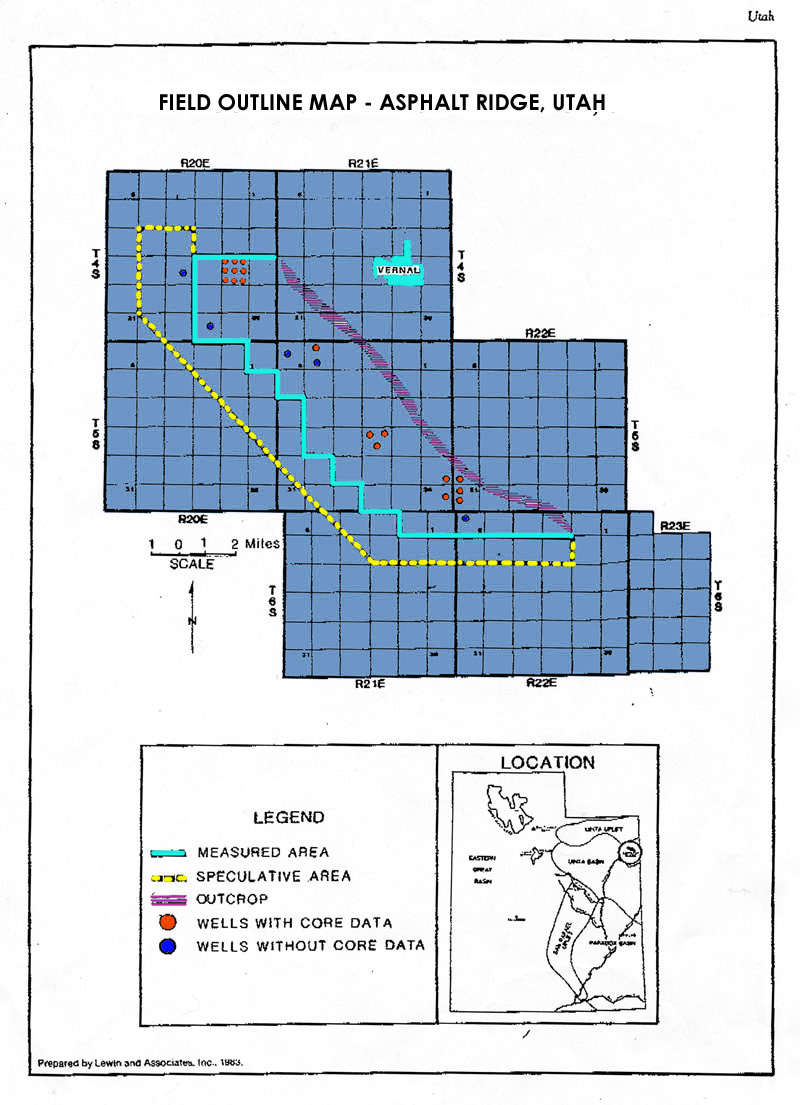 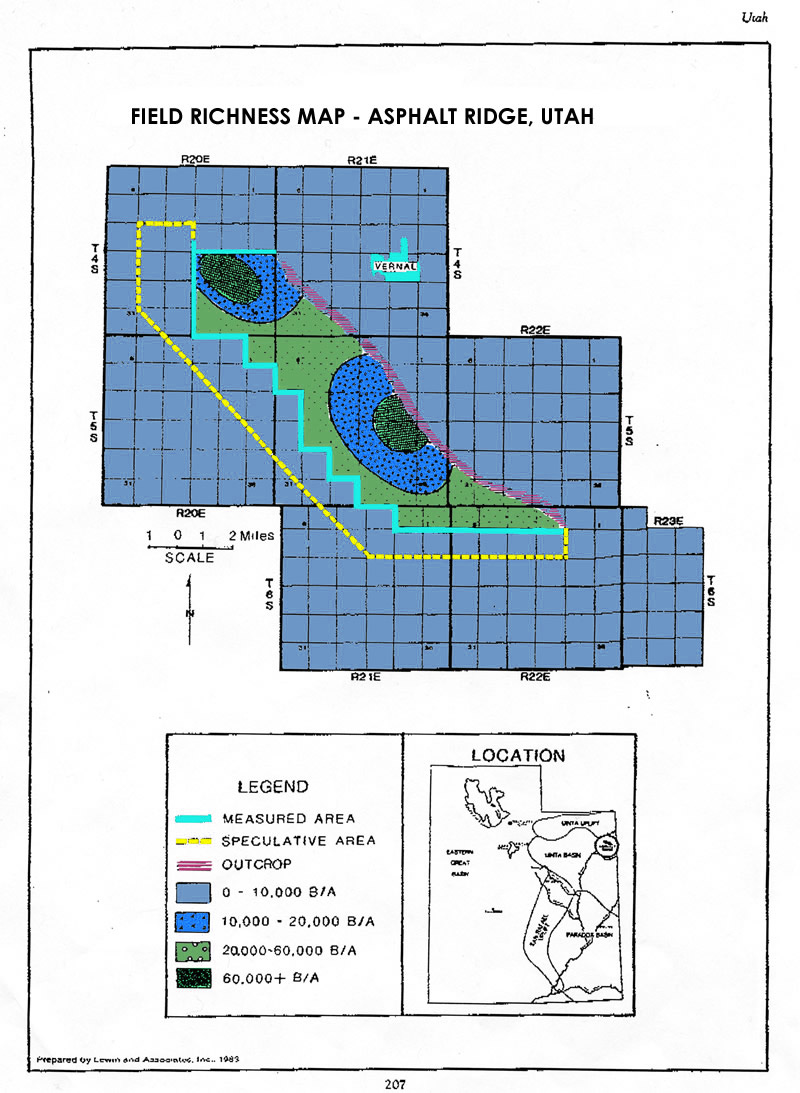 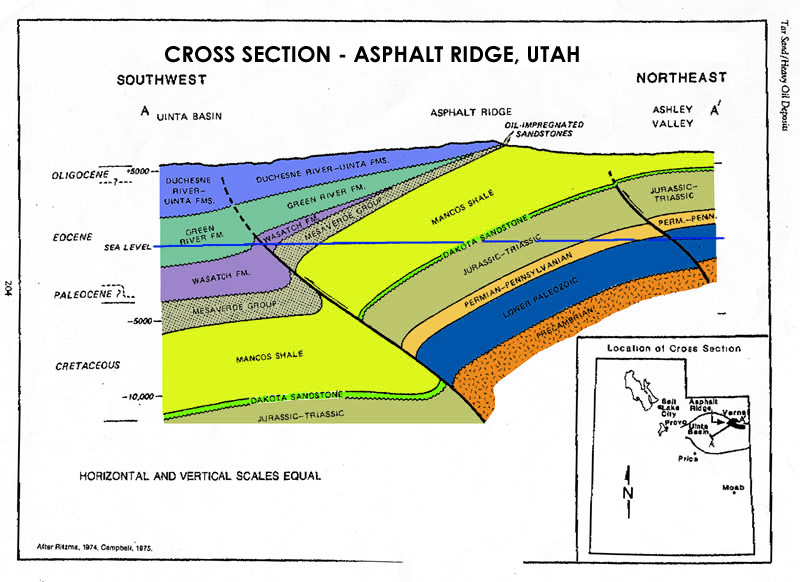 Be the first to receive breaking news